I was recently introduced to Education.com, a great resource for introducing fun and educational activities to young children from 2-11 years of age. No matter what their starting ability is you can utilise the site to put together stimulating activities for your child. With links to lessons plans (great for those home educators) and worksheets, exercises, stories and games there is something for everyone.
Education.com has over 30,000 educational activities available! Plus Guided lessons and progress trackers. You can subscribe to Education.com from $9,99 per month, or a one off payment of $298 gives you unlimited lifetime membership!

Have a lot of loose buttons lying around the house? Put them to use! Leftover buttons are the perfect tool for tactile math games and art projects. Children are attracted to the bright colours and shapes of buttons, so they're perfect for teaching important concepts like sorting, counting, and patterning. Here are four ways to turn those loose buttons into an easy and positive learning experience. Button up! 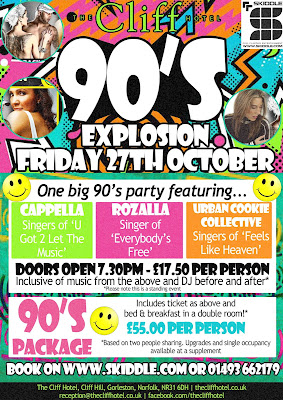 TO ENTER OUR COMPETITION TO WIN 10 TICKETS TO THIS EVENT PLEASE CLICK HERE!!!

Join the Cliff Hotel for a totally 90's Explosion! on Friday 27th October.


Tickets are just £17.50 per person and not only include these fabulous artists and we don't mean tribute acts but the ACTUAL artists, but the Cliff Hotel's resident DJ Chris Speed will be at the decks to warm you up with a mix of the 90's greatest hits and then bringing the night to a close with fantastic tunes from the decade. 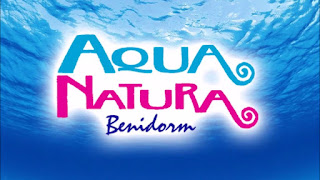 Having just spent the afternoon reminiscing holidays in the sun with friends, I took a look back through our short break at Magic Natura, Benidorm. Ours was a Jet2Holiday booked via Holiday Hamster.
Whilst there we had unlimited all inclusive access to Aqua Natura, the hotel's onsite water park.
A great water park with a wonderful added attraction - Mermaid School! 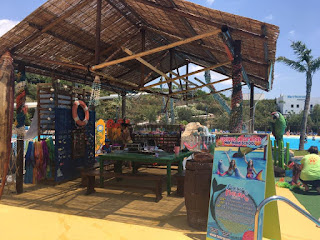 This is situated on a little island in the centre of the main pool, a small walkway over the pool brings you to the entrance.

The experience costs 20 Euros per person and includes costume, make over, accessories, photo shoot, time using the tail in the water and a photo.

The kiosk opens just after midday, we booked over at the Customer Services desk and were given a receipt to hand over. (I found out later that we could of booked this at a discounted rate direct from our hotel, this would of cost 18 Euros per person, however, we were happy to pay the 20 Euros and still considered this value for money.)

We were greeted with great enthusiasm as we arrived, the lady who works the kiosk also performs as a Mermaid in the water park and we had been watching her just before booking the girls in.

We were able to stay with the girls as they selected their tails and tops, then on to accessories. 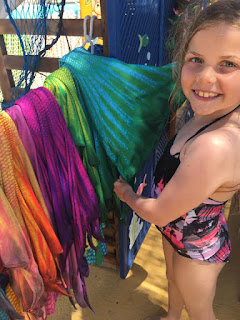 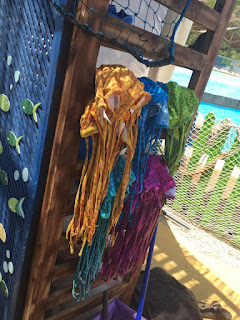 There was a whole array of tiaras, flowers, lei lei's, necklaces you name it they had it and it a vast rainbow of colours. The girls spent quite a while choosing, trying on various items before finally making their selection. 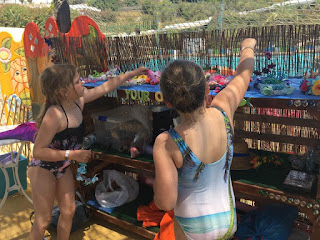 After this we helped the girls into their costumes and were asked to wait in the entrance, by now there were several other children who had joined the girls, all keen to become Mermaids.

On to a mermaid makeover next, beautiful swirls, flowers, sparkle, diamont(es) adorned the girls faces in colours to compliment their mermaid tails. 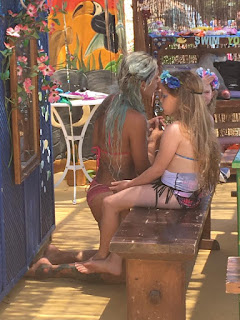 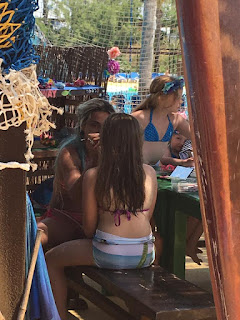 Now it was time for the girls photo shoot. they were taken to pool side and the assistant helped them to wiggle into their tails and attach the mono fins. They had individual photos taken and several of them together. They certainly seemed in their element throughout this, lapping up the attention! 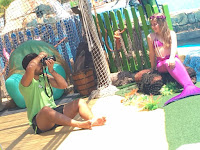 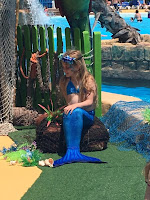 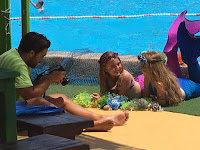 Finally it was the time the girls had been waiting for, time to get into the pool!

Mollie entered the water first, whilst Emily was having her individual photos taken, and very quickly got to grips with the tail and impressed us with her confidence using it. The lady guiding her allowed Mollie to explore the tail but stayed close by in case she got into trouble. Shortly it was time for Ems to join them, she also took to the tail well, not quite as confidently as Mollie but she managed to glide herself through the water. 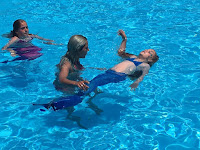 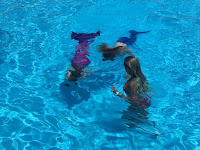 In all the girls were in Mermaid School for over an hour, a good half of which was in the water using the tails. The quality of the photos they took were exceptional and as well as the one included (your choice of those that were taken) we purchased a few more. I heard that the mono fins were for sale at the water park (but never actually found them or found out how much they were.) From where we were standing we had a great view of them using the tails, diving down under the water and gliding along.

The girls really enjoyed the experience, using a mono fin has been on their Bucket List for some time now and they weren't disappointed. The make up used was waterproof so stayed on during the swim and throughout the rest of the day.

Highly recommended if you are visiting the area. 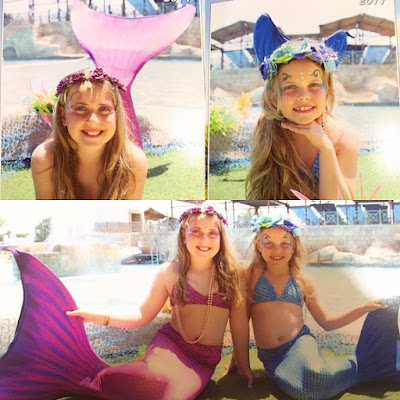 We've recently been enjoying the new craze that's been sweeping the country, locally named "Norfolk Rocks."
I'm not sure where this craze first started, it has stemmed from Rocks of Kindness as far as I can see.
This involves decorating rocks with paints, permanent markers, glitter or embellishments, basically whatever you can that stays on the rock, many people also varnish their rocks to seal them.

Then place them around the area when you are out and about, we've found some that were well hidden and others that have been placed within clear view.
We found our first rock during late summer, just before returning to school and were soon hooked into the craze. 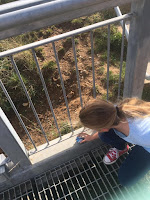 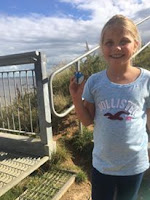 Have a quick search on Facebook and you'll most likely find a painted rocks group in your area. I joined up to Norfolk Rocks (UK) and the excitement grew.

Hiding and finding these little tokens of kindness, some beautifully painted by toddlers and children, some stunning examples from artistic people, some not so talented (me) but are still fun to find.
Many people like to include a little message of hope or kindness too.
Generally people write on the bottom instructing you to take a photo and put on to the Facebook page, then keep or re hide the rock. Many include a hashtag followed by their name but that's entirely up to you.


After reading about a gathering of painted rocks in Southend I was inspired to give this a try locally.
I place an event in the Norfolk Rocks (UK) group inviting people to decorate their rocks as ladybirds and to bring them to Gorleston Yacht Pond one evening. 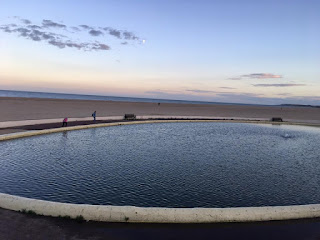 To be honest, I didn't expect much and told the girls that if no one turns up then we will still have fun hiding our rocks.

We set off a little early and started to place our ladybirds around the perimeter wall. Soon I was joined by another two families and they started adding.

Then this lovely lady.


Another couple and more and the ladybird line grew!
After 45 minutes we had a wonderful row of 81 ladybirds and friends!

We were thrilled that so many others had taken part, the children involved had all been ecstatically happy seeing the ladybirds arrive (plus having lots of fun on our beautiful beach)

The next day the Facebook page was full of excitement as people discovered the ladybirds, sharing their photos, their happiness at seeing them gathered, their swaps and re hides!

81 smiles made that day! 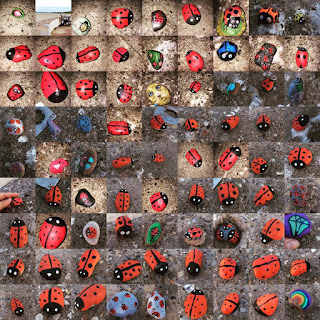 We are now planning a Remembrance Rocks at St Georges Park, Great Yarmouth and we are hoping for enough Poppy Rocks to make a trail leading up to the Memorial Monument. It would be lovely if you could join us, Saturday 11th November, we'll be there between 10.30-11.30am and will mark the minute silence at 11am.

Remember, if you're painting rocks then please do not take them from the beach. 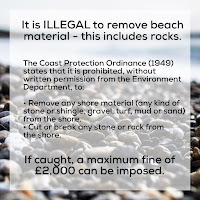 You can buy bags of rocks from DIY shops and garden centre for under £10.

Painted rocks are a great way to involve the family in a little art, a bit of giving and lots of fun, plus you get the health benefits of getting out in the fresh air and taking a walk.